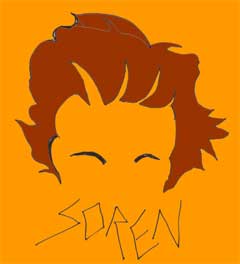 “People demand freedom of speech as a compensation for the freedom of thought which they seldom use.”
— Søren Kierkegaard

Kierkegaard is by far one of our most brilliant philosophers of this time. His writings all stem from his education by a father who was well to do.

His devotion and his writings centered around the idea that we come to God individually not as a whole. It was based on the idea that the relationship with Christ was subjective and personal stemming from faith which is personal.

He wrote under several pseudonyms so that he could bring up a point and then proceed to argue that point with a counter point. Done for study and for opening the minds of his readers and students.

Decisions on the external was not the teaching he encouraged. Decisions made on the inside of a man individually was what mattered and what constituted a thinking man.

He was considered the Father of Existentialism. A man of thought tormented by his beliefs and his unbelief.