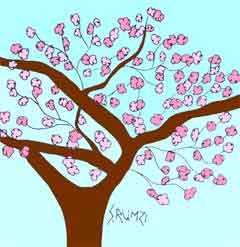 Since I immigrated to the States the legendary truthful or fictitious story during this day has been about Washington as a boy being truthful when asked if he chopped down the cherry tree.

Truth. A relative word or an absolute description. When we talk about the Truth are we talking subjectively or objectively. END_OF_DOCUMENT_TOKEN_TO_BE_REPLACED 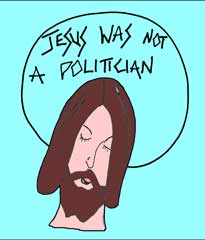 The chosen people did not follow Jesus because He told them that He was no politician, but their King and Teacher. Their expectation of the Savior Messiah was someone to lead them against the Romans or any other invasion. Jesus, was not their man. He was not a political leader. END_OF_DOCUMENT_TOKEN_TO_BE_REPLACED

“Roe v. Wade prompted a national debate that continues today, about issues including whether and to what extent abortion should be legal, who should decide the legality of abortion, what methods the Supreme Court should use in constitutional adjudication, and what the role should be of religious and moral views in the political sphere. Roe v. Wade reshaped national politics, dividing much of the nation into pro-choice and pro-life camps, while activating grassroots movements on both sides.”
Wikipedia

Unfortunately, this issue was taken to the religious arena where debate is still hot and bothers most Christians.

Sin is sin! Murder is still murder. This is not a political debate. And yet, as Christians, we have insisted on making it a political war zone. We are not politicians. Jesus was NOT a politician. Jesus loved man and died for his sins. We love not the world, so why are we so entrenched in the world of politics.

Part of the reason why America began, was to get away, from the rule of the Catholic church and stand alone; without being told what to do. I am not “for” abortion, for myself. But, I do not inflict my own personal opinion on others. Stop doing it! Our nation has been infected by political sermons.

When radio broadcasts that I loved, went to politics, they changed their platform, instead of ‘Jesus people’, they have become ‘political people’. Associate yourself with Christ, not with politics and current issues.

If you believe that you should not have an abortion, do not have one. You have no right, stopping anyone else, deciding for themselves, their own course of action, in their own life. That is between them, and God. We are not judge and jury. We are citizens of a future life, not here, and not to be meddled with, ever.

“Belief is not an intellectual act; belief is a moral act whereby I deliberately commit myself.” – Oswald Chambers

But what of our faith life? What of believing in what we have not seen? What of blind faith and acceptance?